Using Service Workers to improve the security model of the web 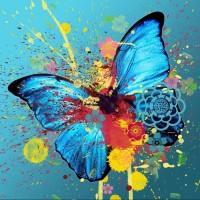 A short while back I wrote a blog post [1] on using Service Workers to mitigate the "Javascript Trust Problem" of client-side crypto [2], which is that the client trusts the server every time it opens a web app, and client-side crypto therefore can't protect from the server much. (Previously discussed at [3] and [4].) By installing a Service Worker, which sits between the client and server and verifies the integrity of all (updated) source code, we can improve that to Trust On First Use.

This allows us, for example, to make it impossible to compromise the Javascript of a web app for existing users when the server gets hacked, by requiring, in the Service Worker, that all code be signed with a given public key. This is necessary for a web app that client-side encrypts data and doesn't trust the server. (I can elaborate on threat and security model if you want, I wanted to keep a modicum of brevity.)

Another option is a dedicated property or function, like registration.installing.scriptBody or updatefoundevent.newSource. (Although it would still be nice to make updatefound an ExtendableEvent, to allow the Service Worker to fetch a public key from somewhere, for example.)

Let me know what you think!