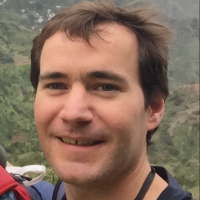 Until now the most recommended way to work on the GTK and WPE ports was to use a custom JHBuild[0] moduleset ([1][2]) for build/runtime dependencies. This setup was deployed almost 10 years ago [3] and while it is an opt-in approach, it is highly recommended, especially if you want to run layout tests locally.

JHBuild has various shortcomings, even though it served us well all these years:

So in order to improve our lives a bit, we decided to try a new workflow, this time based on Flatpak[4]. Instead of having every developer locally build the dependencies, the built sysroot will be packaged in a Flatpak SDK/Runtime and downloaded to the developer machine. Currently the SDK is built for X86_64 but additional architectures can be supported (ARMv7, Aarch64 at least).

The advantages of this new approach:

As a bonus, this setup allows for:

The only disadvantage of this new approach is that hacking on dependencies is currently not trivial to accomplish. We plan to enable this most likely via the Flapjack[5] tool.

The SDK will be used when running the tests (API, layout, webkitpy, etc) and the MiniBrowser.

For the time being we keep the JHBuild workflow in the SVN, although if everything goes well, it will be removed in the coming months. Hence we encourage all GTK/WPE developers to try this new workflow!

If you still want to keep using JHBuild, make sure to set the WEBKIT_JHBUILD=1 environment variable in your shell. But keep in mind that we intend to remove support for JHBuild if Flatpak works as expected (so please try to test it, and report any issue with it). The GTK/WPE buildbots and EWS are currently running with JHBuild and will be switched one-by-one to Flatpak soon.

The SDK sources are currently hosted on Github[8], but we might move them to WebKit's SVN.

The only disadvantage of this new approach is that hacking on dependencies is currently not trivial to accomplish. We plan to enable this most likely via the Flapjack[5] tool.

I forgot to mention (quoting the ChangeLog):